Luciano Benavides : Why I wanted to race Dakar

KTM Factory Racing’s Luciano Benavides is 23 years old. Joining the rally squad, the Argentinian had no previous experience in the notoriously difficult rally races, but he had the speed, the will and the right kind of personality for the job. Heading towards his second Dakar, which will take place next January, the KTM-ace is optimistic on what he can achieve. 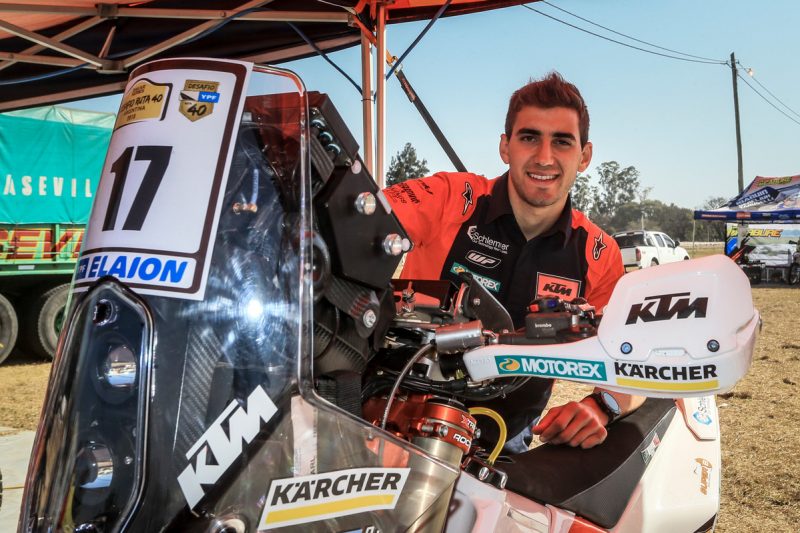 Having started racing at just five years old, Benavides competed up to top level in enduro nationally and raced the ISDE in 2015 and 2016 – winning a medal in Spain 2016, whilst showing his potential. The Argentinian went on to race the ‘Full Gas Enduro’ series in the USA, and finished as the top rookie rider of the year, as well as second overall in his class. A solid foundation to what was to happen next, some might say.

“In 2017 I started to try and move to the rallies, and the opportunity came with the KTM factory. Alex (Doringer) called me and said he had a chance to give me a factory ride. I said yes of course, it’s a big opportunity. I am still so happy, it’s such a unique opportunity and I’m the junior in the team. Last year I started in August with the rally in Argentina, I didn’t know how to navigate or nothing, and I crashed on the first day. I broke my collarbone,” said Benavides.

“After that I went to Morocco in October, my second race, and I finished I think in around 16 or 17 overall and second as a junior, which gave me the qualifying for the Dakar. It was good. I trained a lot for the Dakar and that was my third race. In stage 10, which was my home stage as I live in Salta, I was riding in 15th overall in the standings and on that stage I was going really well, I was around fifth or sixth on the day. Then, I had a big crash and broke five vertebrae in my back. It was really painful in the middle of my back and I was really frustrated. It was a steep learning curve.” 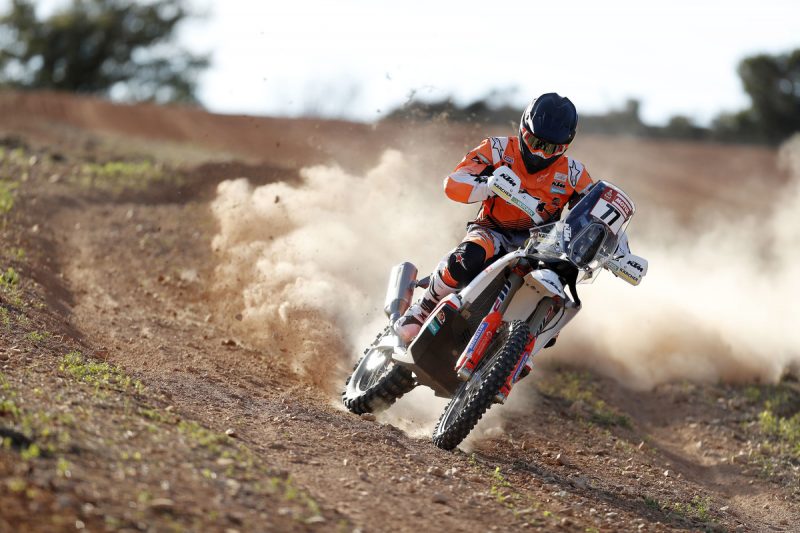 Now recovered and having spent time over in Europe with the KTM Factory Racing Team testing, Benavides is ready to race Chile, Argentina and Morocco prior to heading to his second Dakar in January. Benavides’s brother Kevin began racing rally in 2015 having seen the huge interest in the South American region thanks to Dakar. Luciano willingly supported his brother at his first Dakar in 2016 and he decided then, having followed the race, that he wanted to be a rally racer.

“I followed the Dakar in 2016 with my brother, and I said I wanted to race it. I was looking at the KTM team from the other side, taking pictures of Toby, Sam – they were all my idols, and now I’m riding with them and they are my teammates. You can say it’s a nice opportunity, and I really like the rallies. It’s fun, it’s about taking a decision, trusting yourself, I like the fast piste, it’s cool. I’m riding with the best riders in the world in the best team. This was always my dream, to be a factory rider and do what I love. I’m living the dream.”

“My dad rides in enduro as an amateur – in Salta the enduro was not really famous,” explained Benavides, when asked how he got into riding. “Then my brother started, and when I was younger I was always trying to be like him, trying to copy him, and we are so competitive. I want to beat him in everything and he is the same. It is really cool, because it pushed me to grow up as a rider and as a person I think. It’s a family passion. My sister also rides for a hobby, she has a KTM 250 SX-F.” 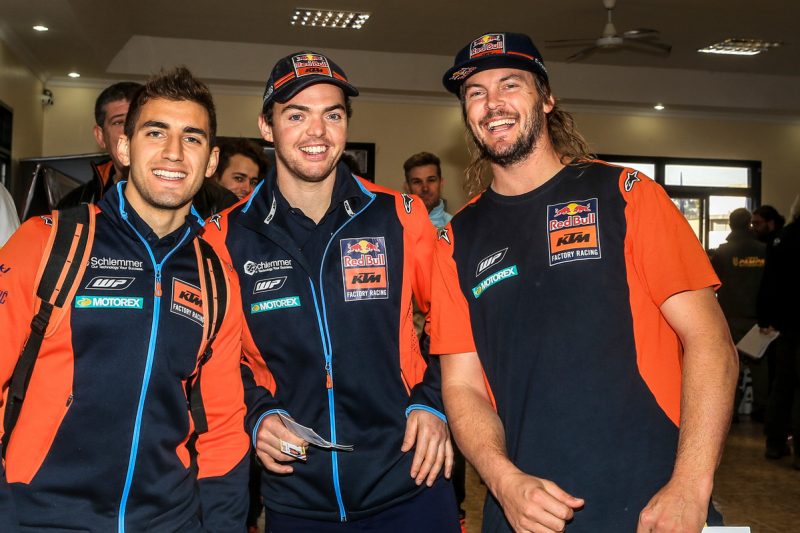 There’s a huge difference between Luciano’s home place and Europe, and the economy in Argentina makes it quite difficult for aspiring riders. The base cost of a motorcycle is high, and it’s extra challenging for amateur riders to progress in the sport. While the youngster explains there are some nice places to ride in Salta, it’s more enduro than motocross due to the mountains close to the city.

Luciano is based still in Argentina, and will continue to train there, whilst travelling to Europe for group tests, which are predominantly done with the team in Spain close to Jordi Viladoms’ home. The weather is good in Salta, and it’s possible to do a lot of roadbook training nearby, or even in Chile. Luciano explains it wasn’t easy stepping into the team, and he felt a level of expectation, but after a hard learning curve the KTM rider is ready to mature as a rider and learn his craft.

“Now I feel I have more confidence with the guys in the team. In the beginning for the first time it was really strange for me. They were like my idols and now we ride together. They are super good guys, they teach me a lot and now I’m trying to learn from them. We have the last three winners of the Dakar, Antoine is a five-time world enduro champion, and there is so much talent.”

“I feel pressure. It’s always pressure, and in the racing. Last year I felt that pressure a lot because I say ‘okay’ I’m in the best team; I was trying to show them how fast I could be, and that was my first mistake I think. This is why I think I crashed in the Ruta 40 in Argentina. In the Dakar it was a different story, because I felt pressure in front of the people of my city, as I was the home hero. The team told me to be careful, and not to push in Salta, and I didn’t listen, so I crashed because of this. I learned some hard lessons.”

“In the Dakar anything can happen, and a lot will happen; you can get lost, you can crash, you can get bike problems, and I learned a lot, so now I feel I have more experience. The navigation is something really difficult, you have to stay focused on this and your riding. It’s really hard to keep the concentration and focus for five hours or more. In rally it’s long stages, long days, you don’t sleep well in the Dakar, and it’s a lot of hours. Enduro is more aggressive, more explosive.” 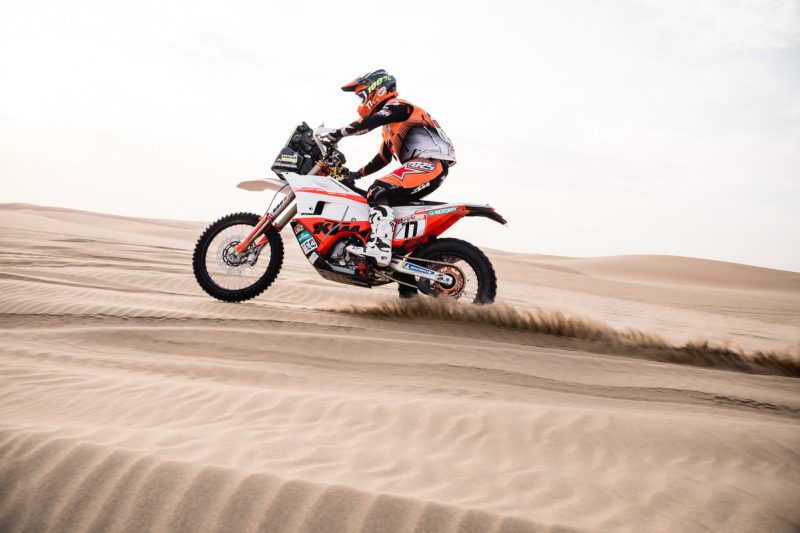 Luciano’s goal now is to finish the next races and learn – he needs more experience having only really done two rally races so far. He would like to be a top 10 Dakar rider aboard his KTM 450 RALLY factory machine, and a good result in the junior class in the Cross-Country Rallies World Championship, as he has two years left competing there.

“I’m also studying to be an accountant. I did two years, and there’s two years left now. When I signed with the factory team all my focus changed towards the rally, because this is what I love and it’s a unique opportunity. We will see when I can continue with the studies, because it’s important as well for the future.” 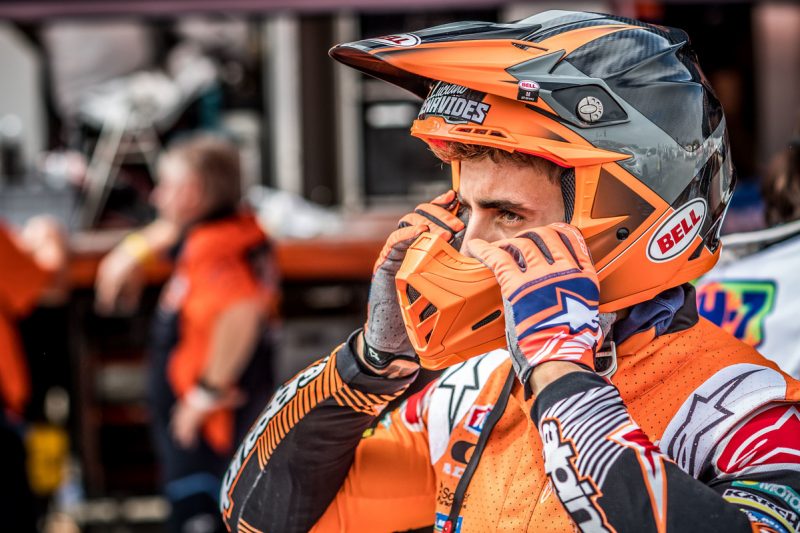